Bangkok and Ayutthaya at 35C!

After a quick early breakfast we boarded minibuses and headed for Bang Pa-In, the summer palace of the King and Queen of Thailand on the outskirts of Bangkok. It is a very beautiful estate, kept immaculately for the royals of course, but also the pride of the Thai people who love their monarchs. On the grounds we saw a large monitor lizard devouring the remains of a turtle it had caught!

Then we motored further north to Ayutthaya, the ancient and glorious capital of (then) Siam, which was sacked by the Burmese in the late 1700s. A huge city the Thai subsequently abandoned for the more defensible Bangkok, Ayutthaya had 400 temples so even the ruins left today are very impressive. To dispirit the Siamese, the invaders (also Buddhist!) decapitated many of the statues of Buddha and defaced temple adornments. It didn't work, of course, the Burmese were eventually repelled and apparently have made reparations in modern times for the destruction they caused - perhaps they are trying to improve their collective karma!

It was mostly sunny and 35C here today and it felt like you were being slowly par-broiled outside, so after a refreshing riverside lunch stop, we just made one more temple stop at Wat Yai Chaya Mongkol, where there is a huge stupa, reclining Buddha and a massive collection of rooster statues many of which devotees born in that year leave behind for good luck! They are very colourful and look pretty cool in their flower garlands!

Some in-hotel aircon time was needed to refresh most of us (Catriona and Mary amazingly headed straight back out for some more exploring!) so we could enjoy dinner by the Chao Phraya River and get back to pack and rest for an 0500 departure tomorrow and a long journey to Koh Pha Ngan, further south in the Gulf of Thailand! 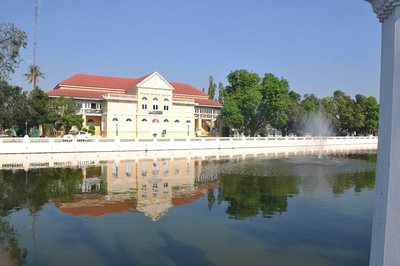 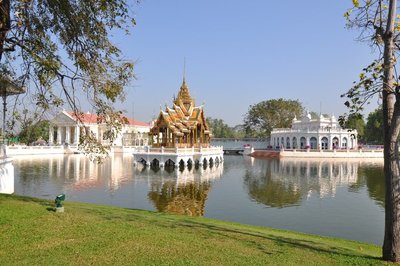 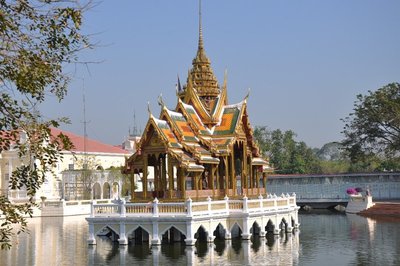 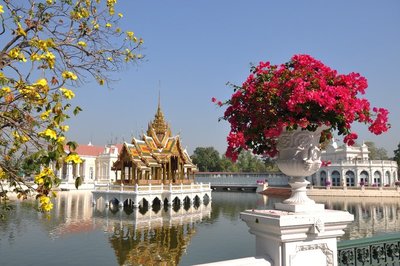 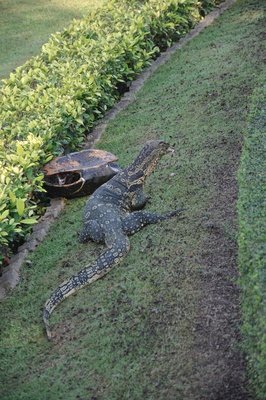 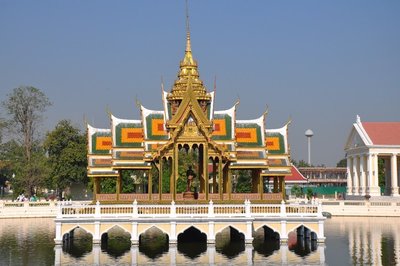 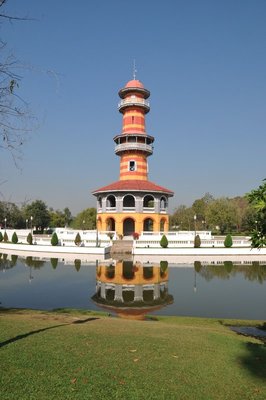 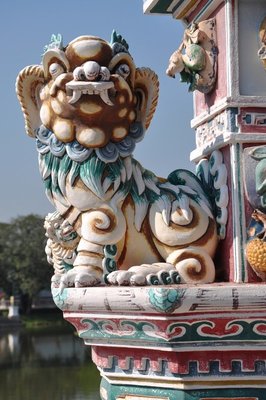 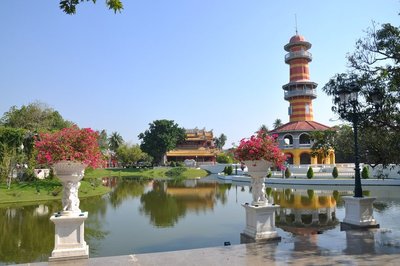 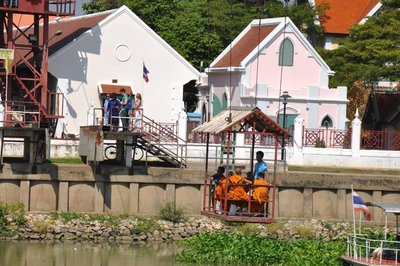 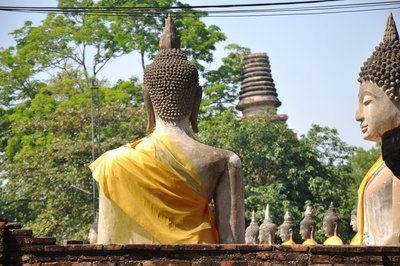 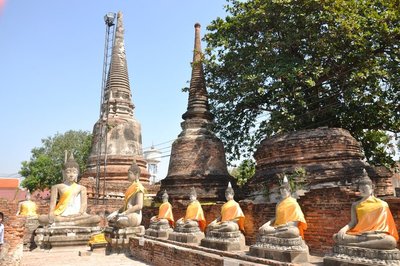 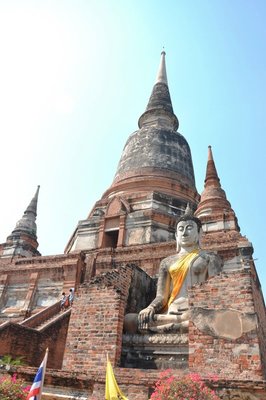 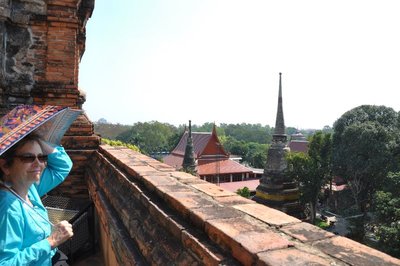 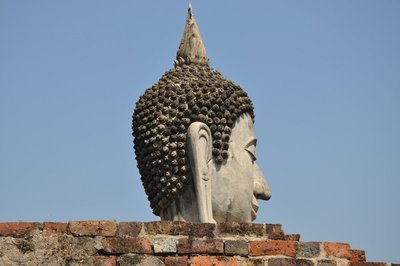 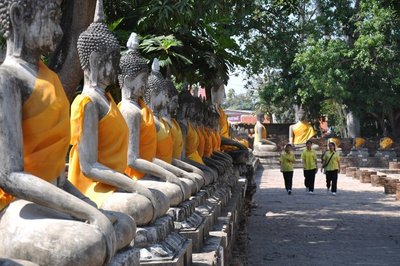 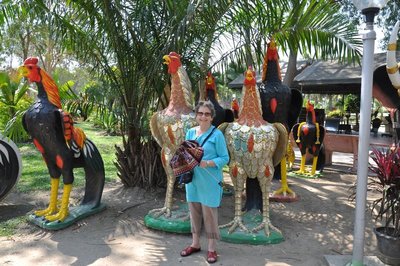 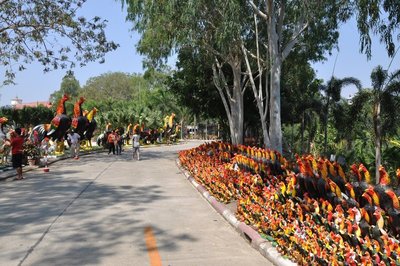 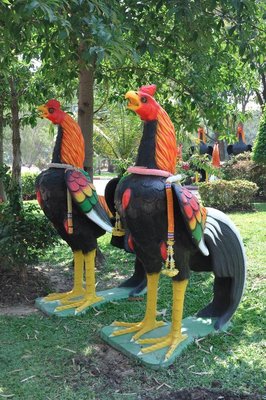 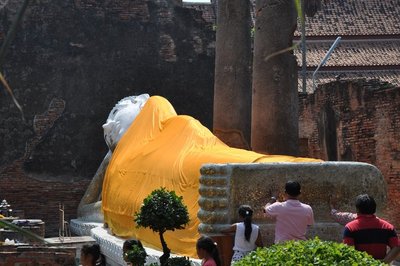 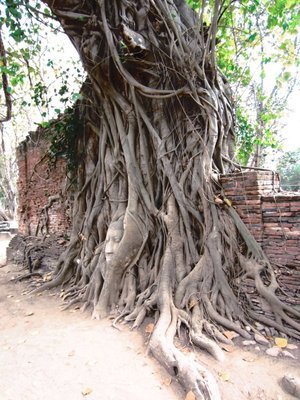 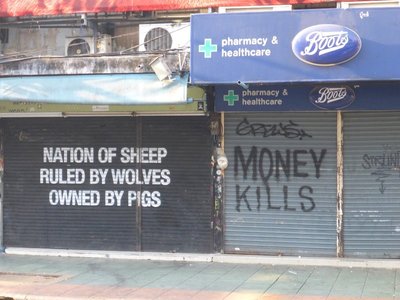 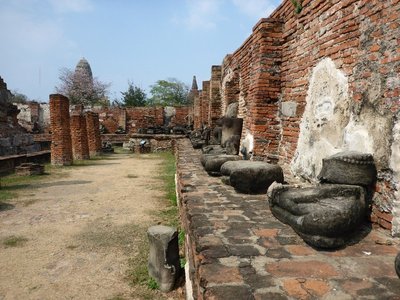 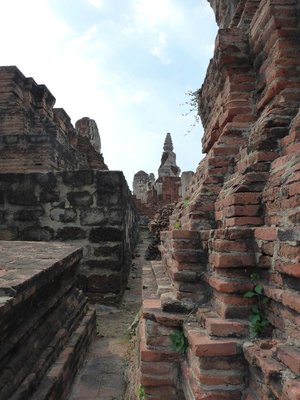 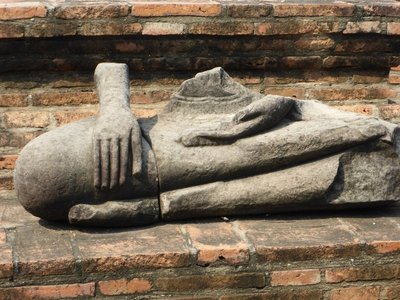 Posted by alangcampbell 03:34 Archived in Thailand

Such ornate design. Love your contrasting pics, too, like the graffiti.