We are staying in Bangkok's central district so we can walk to many of the most amazing places in this incredible city!

Breakfast next to the Koi pool at our hotel got us going early so there weren't too many people about when we strolled through nearby Saranrom Park, which features several exercise stations complete with fitness equipment!

Next we visited Wat Pho, a huge Buddhist temple complex, famous for its large reclining Buddha among its other buildings and statues, many of which show Chinese influence. When we left Wat Pho about mid-morning the tour groups had arrived in force so by the time we arrived at the Grand Palace grounds the crowds were too large and the line-ups too long to enjoy seeing the Palace or Royal Temple themselves, so we contented ourselves with the grounds.

Then, just as we were about to exit the Grand Palace precinct, we happened upon the Textile Museum of Queen Sirikit, and had a lovely unhurried/uncrowded time exploring the silk weaving process and the resurgence of Thai silk designs spurred on by the Queen's commissioning of numerous beautiful Thai styles, which she showcased around the world in their state tours beginning in the 1960s. Naturally there was a museum store, and coffee counter, so we happily patronized both!

We followed the streets along the river, noting several ferry crossing points (@3 baht=12 cents) to temples etc on the other side, the standard river ferry (15 baht=60 cents/trip), and ended up going through the shops back to Khao San Road (not too crazy in daytime) and on back to our hotel without getting too lost or turned around! Alan bought a souvenir T-shirt with a standard Thai saying he has come to appreciate - he also got the serious giggles thinking about this with some other tour friends at our homestay village a week or so ago! Too funny!

When Jeannie and Ross White get here from Koh Phangan ~8pm tonight we'll have a bite to eat in the hotel and come up with some plans together for the next few days in Bangkok! 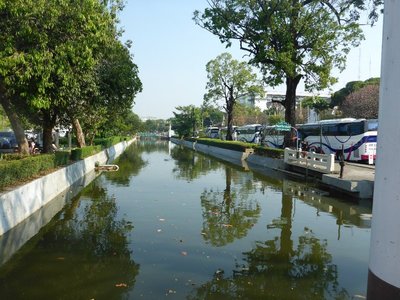 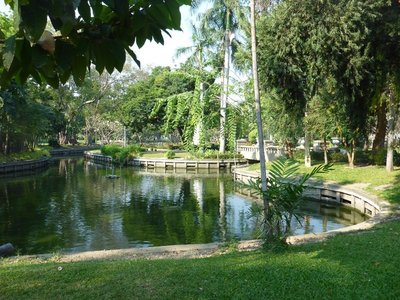 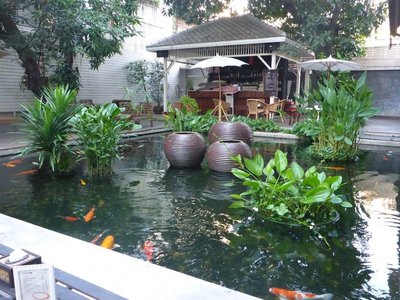 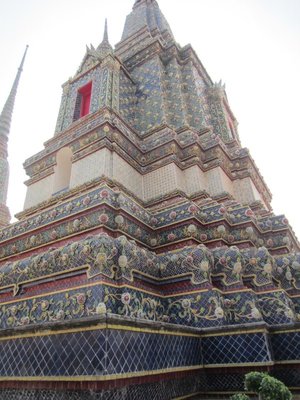 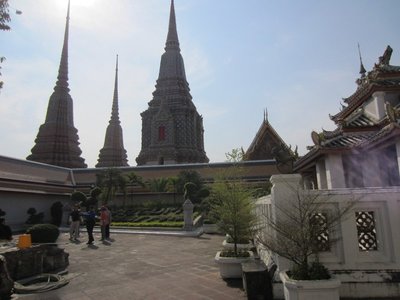 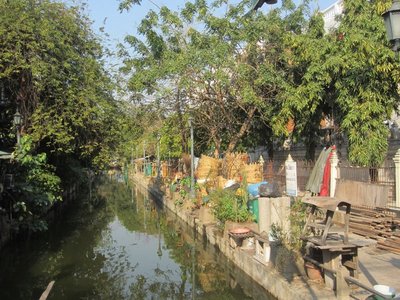 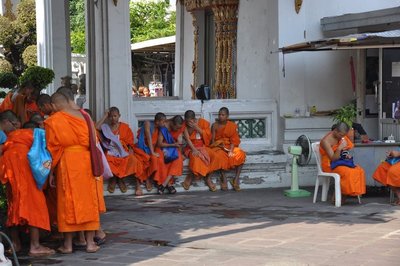 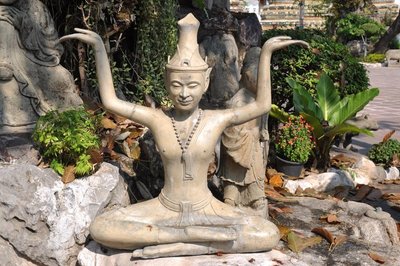 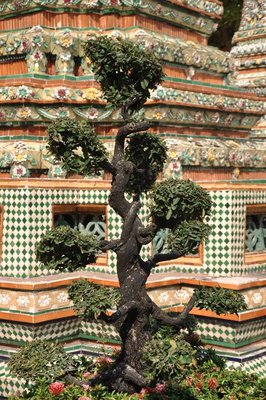 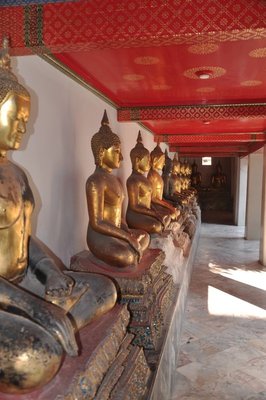 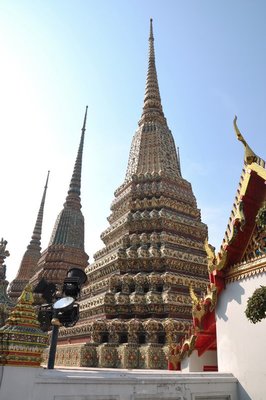 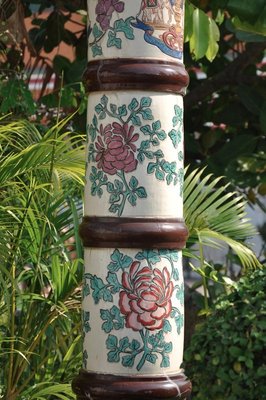 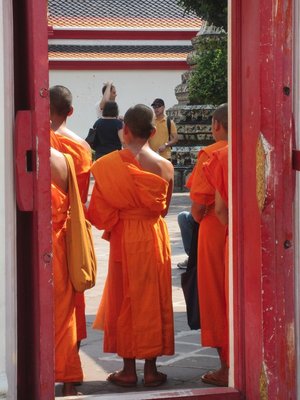 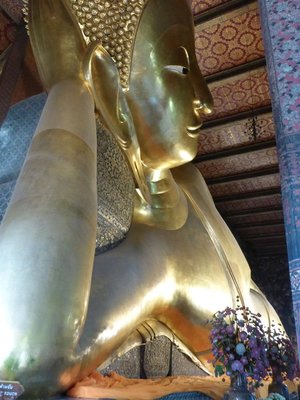 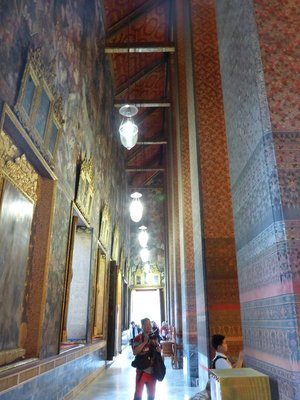 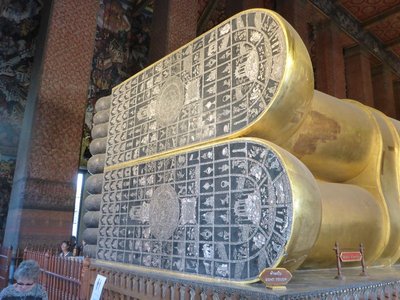 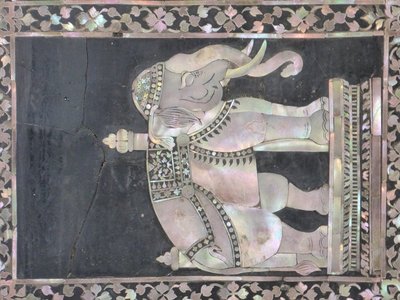 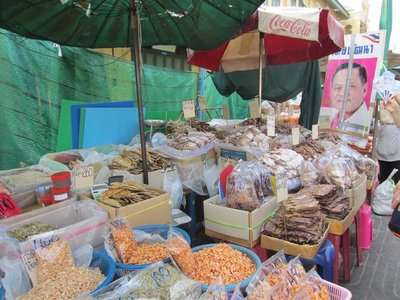 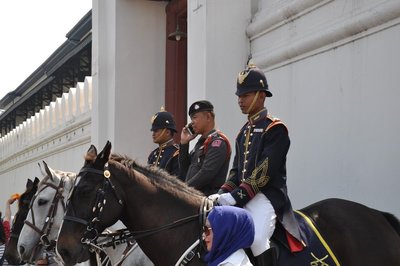 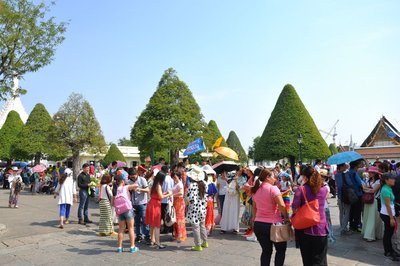 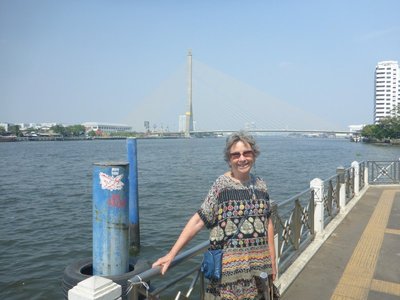 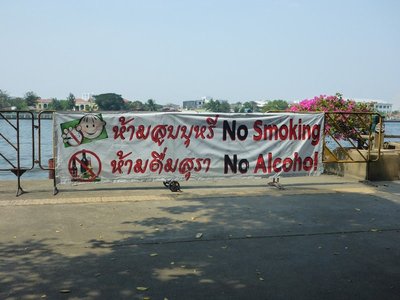 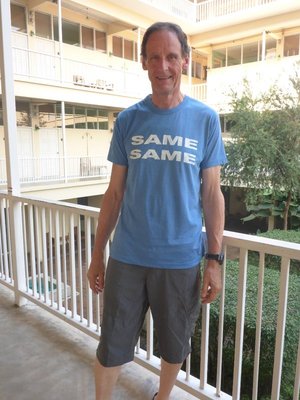 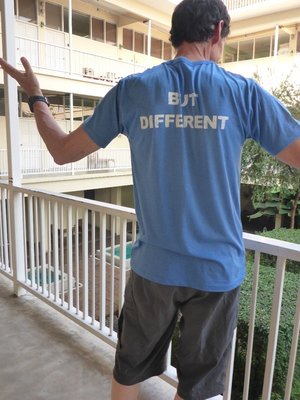 Posted by alangcampbell 04:46 Archived in Thailand

Funny, your pics look just ours when were in Bangkok, check out the Chinese district with its warens of back alleys, etc.