Since Jeannie and Ross had to head for the airport just after noon, we decided to walk through Saranrom Park and visit the National Museum Discovery Centre not far beyond that a cross from Wat Pho. This Centre was developed about 10 years ago as a public institution for "playing-learning" about Thailand's history and place in the world. It is designed for young people, has free admission for seniors and we found lots of interesting information presented in a very engaging way! A school group "stormed" through while we were there so we can confirm that kids love this place too!

After lunch at the lovely Museum Cafe, we came back to the hotel in time for the Whites to freshen up and catch a taxi to Suvarnabhumi International Airport to begin their journey home. Since Bangkok is 15 hours ahead of Vancouver time, leaving here for a total trip of 15-20 hours means you arrive in Vancouver not long after you left!! We now realize that, since our flight leaves just before noon tomorrow, if all goes well we will get to Victoria late tomorrow afternoon!

After seeing Jeannie and Ross off in their taxi, we took another back to the major shopping mall area we had partly visited after touring Jim Thompson House a couple of days ago. The Siam Tower and Paragon are high-end shopping malls with all the international brand stores well-represented (Jim Thompson House has a retail outlet that we checked out), so we soon returned to the more mainstream MBK Centre for another walkabout before taking a taxi back downtown. With Chinese New Year and Valentine's Day both taking place this weekend the extravagant displays of red and heart motifs were something to behold!

As a final Thailand cultural experience this evening we attended the Thai Masked Dance performance of "Hanuman" at the Chalermkrung Royal Theatre. The Khon Thai dance is highly stylized with beautiful costumes and many performers acting out ancient stories like this one in which the great monkey warrior Hanuman helps Lord Rama conquer the evil giants and rescue his wife Sita who had been abducted (I'm really simplifying things here!). Narration was spoken/sung in Thai with projected English surtitles, so the actors focus on their dance and choreography. The result is a very exotic dramatic pageant, and though no photos could be taken during the show, the main actors/actresses were all there in the foyer afterward so pictures could be taken!

The theatre is just a 10-minute walk from our hotel so we headed back to finish this post and start packing - we leave for the airport right after an early breakfast tomorrow! 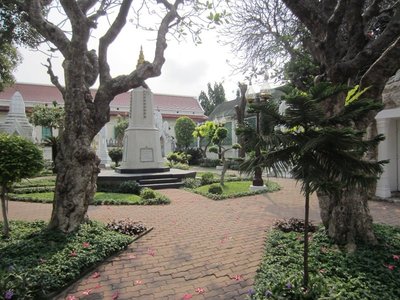 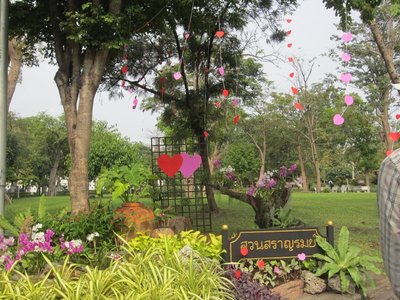 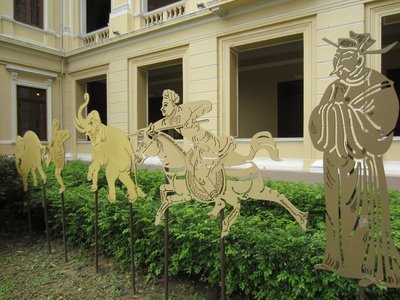 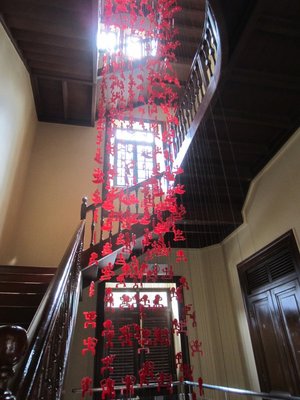 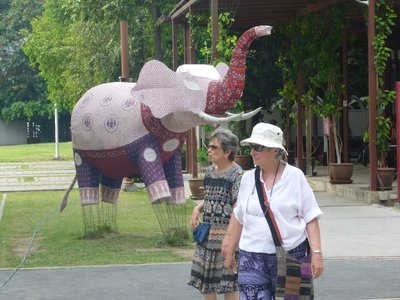 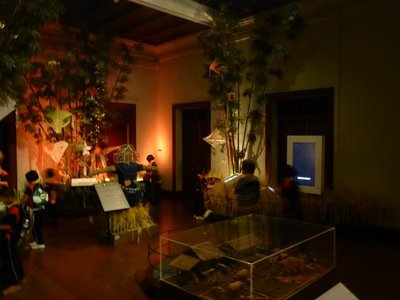 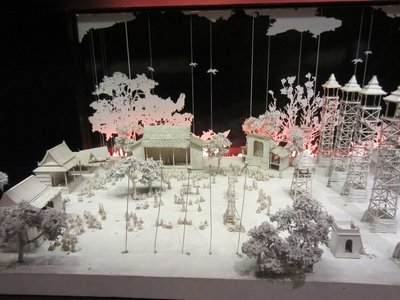 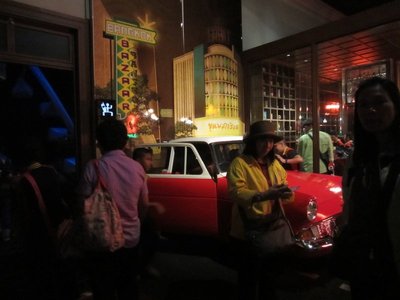 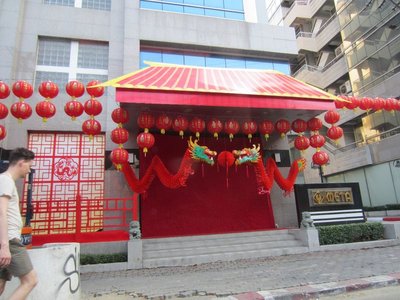 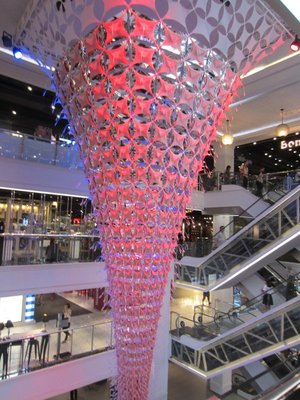 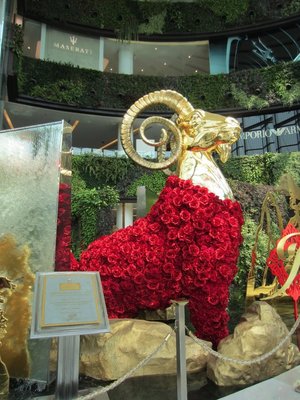 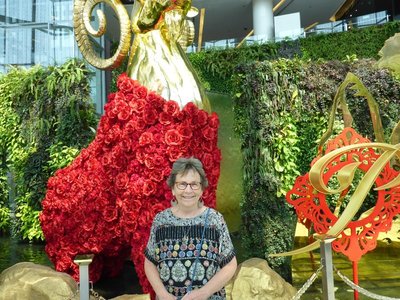 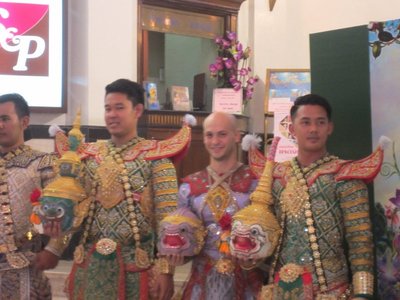 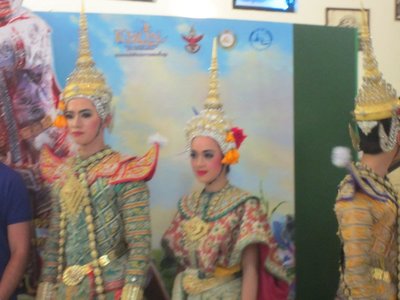 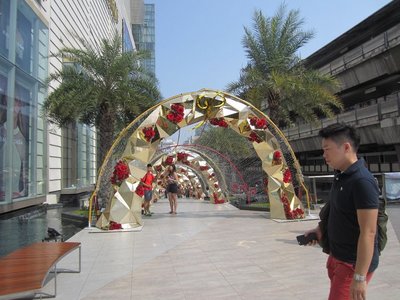 Posted by alangcampbell 06:32 Archived in Thailand